The Legend of Zelda: Hyrule Historia [Hardcover] US Pre order at amazon 20.99 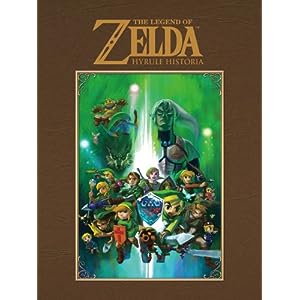 The Legend of Zelda Hyrule Historia is set to release in North America in Jan 2013.

Hyrule Historia will be made commercially available on January 29th, 2013 and it will cost $34.99 so you don’t have to spend nearly $100 on an import copy.

Deal of the Day

Please note that Glossydeals.com does not sell anything. We just provide free information for the best available online deals to help you make a better decision. All prices and product availability are subject to change at vendor's discretion.

This site contain links to third party web sites. Glossydeals.com neither endorses nor guarantees any offerings from third party providers and is not liable for the failure of their products and services.

Deal of the Day